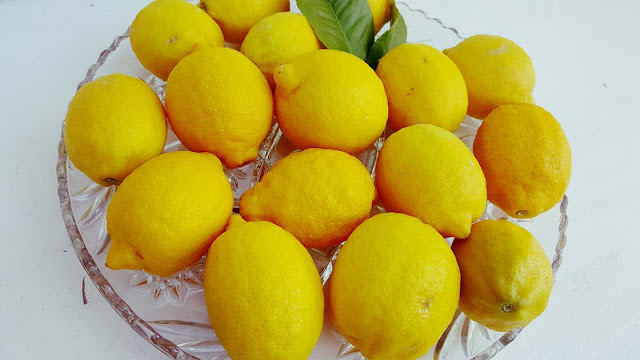 I finally harvested the fruits from our lemon tree. I am in awe how this small and young tree could bear huge fruits and many of them! This is the year we got this much and this big. I am very thankful for the abundance it gave us this year. Even if I don't take good care of it as much as I need to, this lemon tree is just doing what it's meant to be—to bear fruit.

Aren't we created for the same purpose? Because we are in Christ Jesus, therefore, we bear fruits. We bear the fruit of the Spirit freely given to us. But the question is, are you using them? Am I using them? I can honestly say, not often. Barely as I say.

May we live to be like the lemon tree accomplishing its purpose, bearing fruit with abundance.
Posted by Riza at 2:36:00 PM No comments:

Email ThisBlogThis!Share to TwitterShare to FacebookShare to Pinterest
Labels: Count it All Joy, Reflection

The Importance of Our Testimony 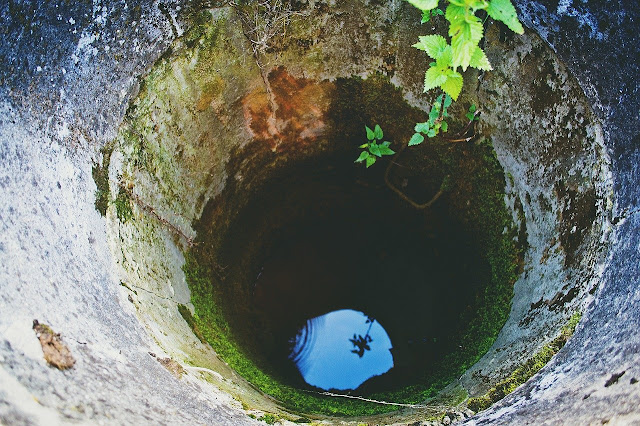 Unless someone who has witnessed God's goodness in their life, announce to the world (people around us) what he experienced, the world will remain ignorant and blinded about the Truth. One very significant example in the Bible is the story of the Samaritan woman. After her encounter with Jesus at Jacob's well, she went about all over the town telling everyone this man who knows all about her story.

Then the woman left her water jar, and went into the city and began telling the people, “Come, see a man who told me all the things that I have done! Can this be the Christ (the Messiah, the Anointed)?”
John 4:28-29 (AMP)

Because of her boldness to share what she just witnessed, the people in her town became curious of what she said. Yet, it is not only her audacity that made people interested to investigate on what she had spoken. Something beautiful from her inside happened and it's showing on the outside (physical appearance). She just encountered the Messiah. Her spirit just fed from His Word that came out straight from His mouth. Her inner self became alive.

This is what usually happens to us when we first heard about the Good News of the True Gospel (God's grace). It is so good that something inside us is stirred. And that beautiful thing that happened inside us is manifested outwards. People notice the difference. The way we talk, the glow in our face, the inner peace that shines from within. This is what called the attention of the people in Samaria about how the Samaritan woman testified her encounter with Jesus. There was excitement in her voice. There was peace in her being. There was this inexplicable joy in her face, so contagious that their hearts want to have it too.

People believed what she said, so they followed Jesus and even asked Him to stay. He stayed for two days. Within those two days listening to His word, they have confirmed it to themselves who this woman was talking about. Many more believed.

Now many Samaritans from that city believed in Him and trusted Him [as Savior] because of what the woman said when she testified, “He told me all the things that I have done.” 40 So when the Samaritans came to Jesus, they asked Him to remain with them; and He stayed there two days. 41 Many more believed in Him [with a deep, abiding trust] because of His word [His personal message to them]; 42 and they told the woman, “We no longer believe just because of what you said; for [now] we have heard Him for ourselves and know [with confident assurance] that this One is truly the Savior of [all] the world.”
John 4:39-42 (AMP)